Posted on January 2, 2018 by FitKitchens

2017 was a big year of adjustments for Fit Kitchens! When the year began it marked the first year in the companies history that a certain staff member wasn’t leading the sales team. This meant that I (Craig, Hello by the way!) took over not just designing full time but the sales aspect of the job also.

Now I’ve never considered myself to be a salesman, growing up my family never gave me a positive image of a “salesman” not to mention the way pop culture presented salespeople always felt counter course to my own ambition.

I always knew I wanted to be support staff in an office, its indoors, warm, comfy and work I know I can excel at, who wouldn’t want that? So in 2017 when my role in the company expanded so vastly it was a real adjustment.  Now I have been at least assisting in designs since around 2014 when we took on new design software and being the most computer proficient I learned everything I could to better assist the sales-persons at the time and almost by osmosis absorbed all of the basic rules of design and worked hard to learn the less intuitive rules of kitchen design.

The actual sales part of the job has come along a lot less naturally, being in my mid twenties and a bit of an IT nerd does create a bit of a different rapport than I had experienced shadowing the other salespeople I had worked with who all had decades of experience in the Kitchen Fitting or Interior Decorating trade. I personally don’t like to discuss money which as you can imagine can make any kind of sales difficult, if anything I sell on the strength of my design and my willingness to work with a customer no matter how long that process might be or how detail orientated a customer is. What I always strive for is honesty and transparency, the customer see’s exactly what they are paying for and are left fully informed of the design, manufacturing and installation process.

Around June of this year we moved our sister division Gapple into our building. This brought with it an opportunity to expand our services in a massive way, allowing our access to a broader scope of the trade and a stronger support system for myself and the customer which really showed results in the fourth quarter of the year.

So a year down the line and how had I done? Honestly, not as good as I could of, but not as bad either. We had a steady workflow over 2017 where we did fewer kitchens than the year before but nearly each one was a higher value than average.  More than any previous year 2017 showed me the real strength of an independent showroom. To us every single customer matters, we have consistently aimed for quality over quantity and I am confident the work we did this year was positive for every customer that bought through us.

I look forward to 2018 with more confidence and drive to further expand my skill set and provide the best designs and sales service possible, hopefully without becoming too much of a salesman.

Too see some of the designs we’ve done in the past you can find us on most social medias or check out the link below:
https://www.pinterest.co.uk/kitchensswansea/designs-by-fk/ 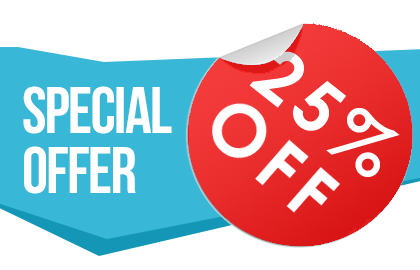 The Systemat range offers a more contemporary variety with door similar to concrete and even denim....

We provide a range of bespoke quality, modern, kitchens. Our product range is one of the most comprehensive on the market…